In an effort to speed up the professional game the 40-second shot clock is coming to the European Tour with the 2018 Austrian Open to trial the idea. Practically speaking, there won’t actually be a shot-clock like in basketball or American football, but instead, a referee following each group will have a stopwatch.

Tour players at the Austrian Open will not be penalised for their first offence but instead shown a yellow card, for every additional offence it will cost a shot on their card. The hope is a player playing slowly will soon speed up when they are penalised a shot.

It seems that the 40-second limit will only apply to “traditional” shots and won’t be ticking when a player is considering how to play the more difficult ones – like up against a tree or against the lip in a bunker. I would like to see more clarification on this rule as it seems to be slightly complicated.

The European Tour unveiled the concept at the GolfSixes competition back in May where Paul Peterson ran over his allotted time and was hit with a one-stroke penalty. The PGA Tour handed out its first slow-play penalty last year since 1995 but haven’t disclosed plans to do anything similar as of yet.

Hopefully, these new rules will speed up play and make the Professional tours more enjoyable to watch. 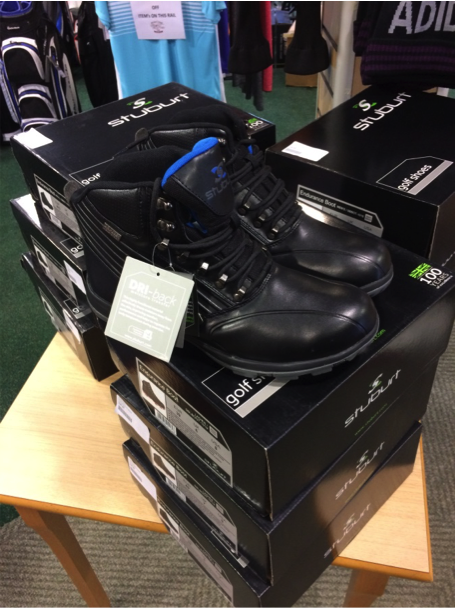 The Stuburt golf boots are perfect for winter golf and are available in mens and ladies in a wide range of sizes. Please visit us in the shop and try them for yourself.

CLICK HERE FOR MORE INFORMATION ON THE PRO SHOP